Anywhere They Want It

Driveways had been one of the more frustrating obstacles Lewis Spradlin faced during 22 years of experience installing propane services. Spradlin, co-owner of D&D Gas in Jacksonville, Florida, explained, “Sometimes I’d end up having to put a line all the way around a house because I couldn’t get under the driveway with my excavator.” With his company’s year-old pneumatic piercing tool, Spradlin said, “Now I can put a line anywhere I want it.”

D&D Gas had been subcontracting a piercing tool specialist as needed. “We were hiring someone about once a week, so we thought this was something maybe we should be doing ourselves.”

It wasn’t just about economics but accountability. “It’s D&D Gas that the customer is going to call if there’s a problem, not the subcontractor. So we prefer having our own personnel doing the installation and being able to control the quality of work.”

Spradlin and his business partner, Melvin Luciano, vice president of D&D Gas, began researching the necessary equipment, even studying how easily the tools could be taken apart for maintenance and repair. “We chose the HammerHead Mole from Ditch Witch of Northern Florida mainly for its serviceability and ease of use.” 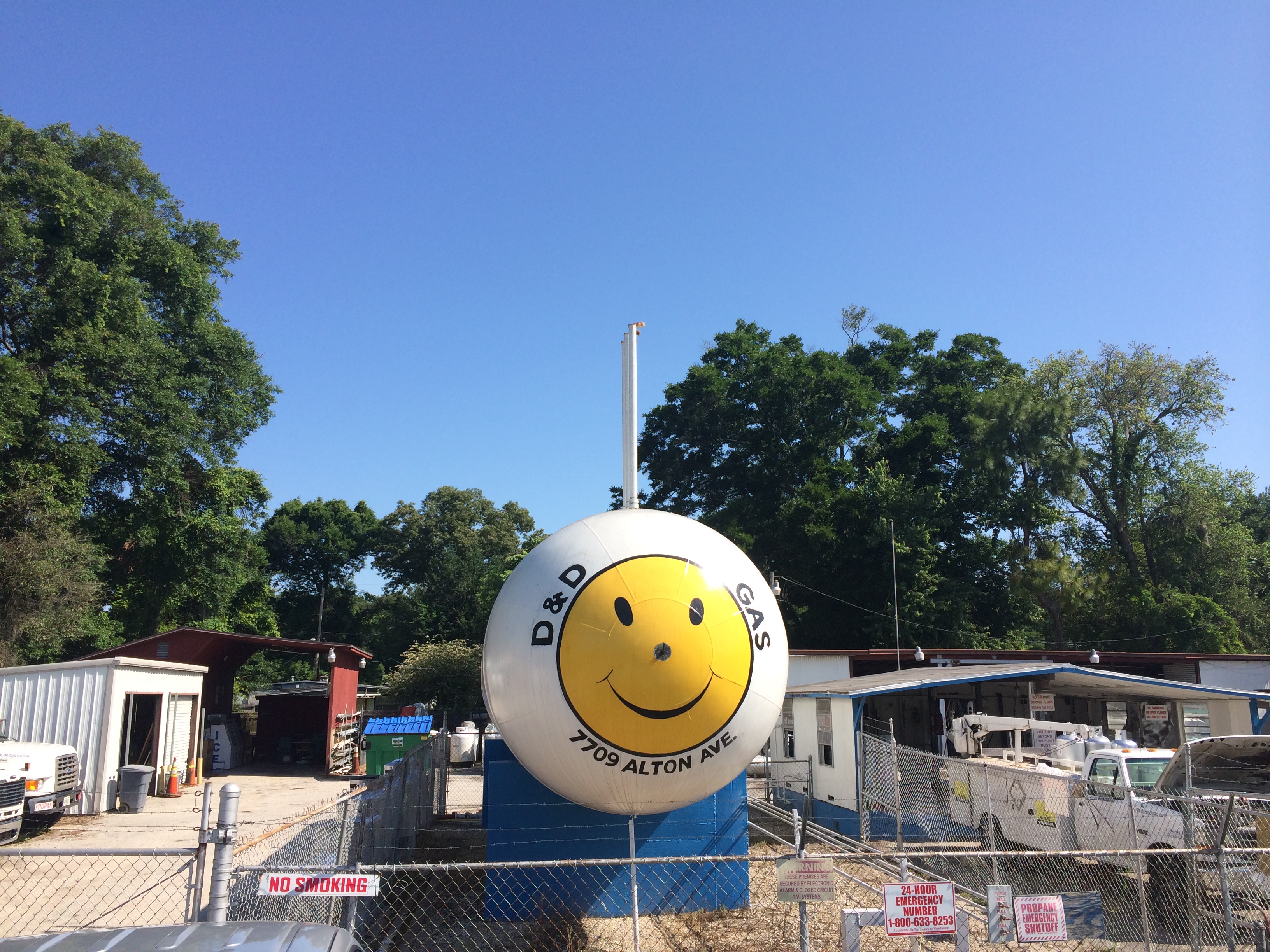 The company sometimes must install the line through a sleve of 2-inch casing. So Ditch Witch’s Travis Bullard set D & D Gas up with a 2 ½-inch HammerHead Replaceable Head Power Port Mole.

Running on 110 psi of compressed air, the Mole will progress at 385 beats per minute. Rate of footage depends on ground conditions. The Mole’s patented Power Port feature allows operators to reverse the Mole’s direction with just a quarter turn of the air hose.

Bullard went along with D&D Gas to put the Mole into service at one of their customer jobsites. “Operation is pretty straightforward, so it doesn’t require much for training,” Bullard said. “Basically I was only with them for a couple hours on that job. I helped them get started, but by the second hour I was just moral support, watching them work.”

Spradlin and Luciano each own other companies that also install propane lines, one a construction company and the other a service and conversion specialist. The Mole is shared among all three. Of the more than 250 service installations the companies perform in a year, as many as 50 will have site conditions that require the Mole. “It gets us under driveways and other service lines that we can’t do with the excavator,” Spradlin said. “And where there’s pristine landscaping, we avoid digging that all up. That makes everybody involved happy.”

Spradlin gave an example. He said if his installation crew had to remove sod, make a trench, lay pipe, backfill it and the replace sod to dig in a 45-foot-long run, they would be on site for up to three-and-a-half hours. With the Mole, it would only take his crew about 30 minutes or so to remove sod and excavate only at the entry and exit holes, make an 8- to 10-minute shot, thread the line through, and do the little bit of required restoration. 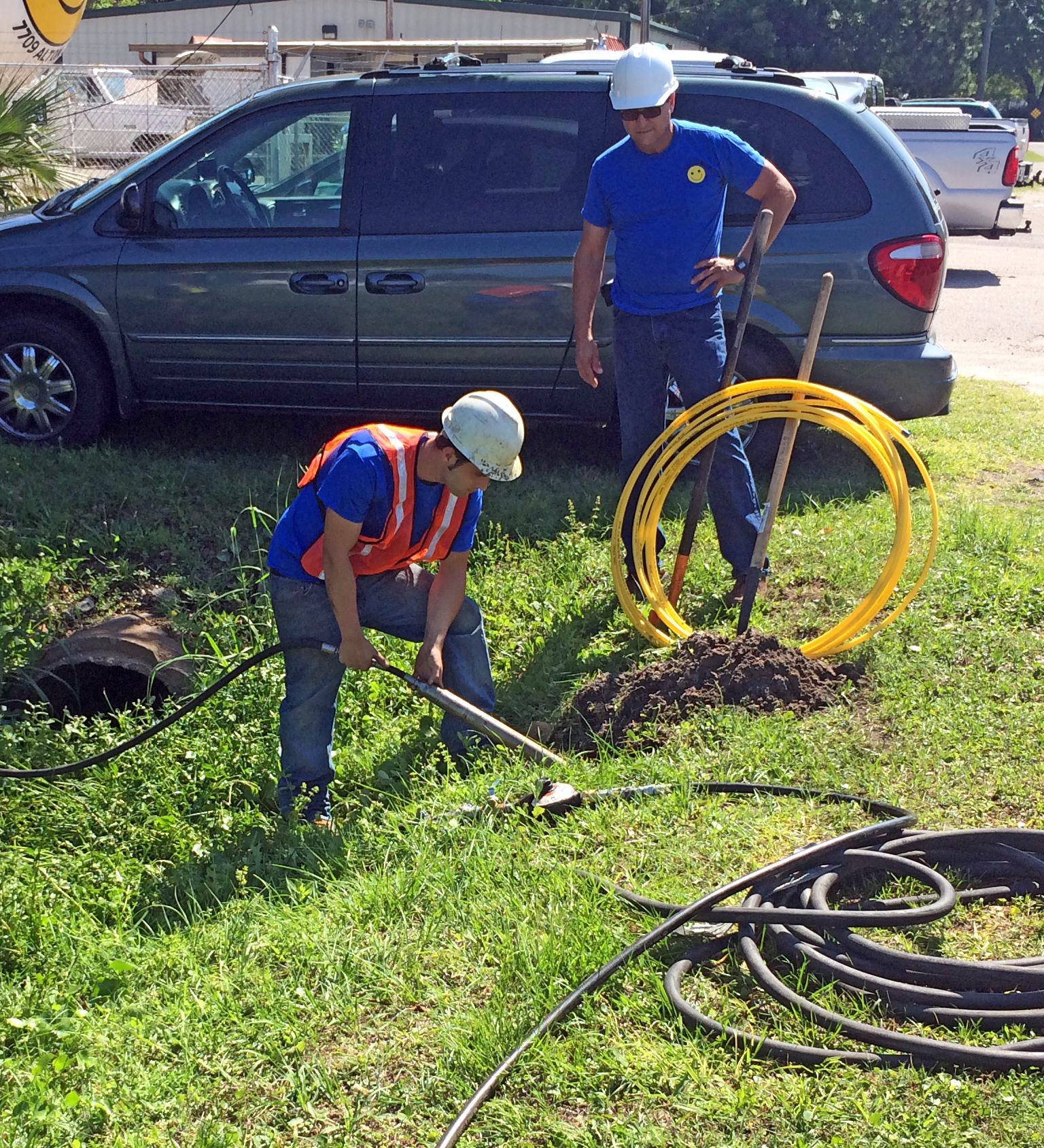 D&D Gas likes to keep the runs 45 feet or less. So on longer runs of 200 feet or more, the crews dig five holes and “stitch-bore” the line. “It’s exactly like sewing,” Spradlin said, “threading it one hole to the next.” Depths are between 2 and 3 feet.

In the ground conditions D&D Gas typically work in, aiming is not a problem. “We’re working mostly in sandy loam with a little clay, so it just goes straight.” He recalled one instance where the Mole did deflect off a tree root, but other than that, “We line it up, check it with a level on one end, and 8 to 10 minutes later it comes out the other side.”

Spradlin said they have encountered no issues at all since buying the Mole, adding that in addition to its durability, they “get a lot of confidence” from both Ditch Witch’s and HammerHead’s product support.

“We like knowing that anytime we might have a question, we can get an answer right away. Travis has been incredibly helpful,” Spradlin said. “For example, after a little while of using it we had a question about how it would be serviced. Travis called HammerHead and sent the factory representative directly to our plant with Travis in attendance with him.

Spradlin said HammerHead’s Chris Alexander showed them in a compact 45-minute presentation how to break it down, determine if wear rings needed replacing, check general service points and get it back into service.

Right after the demo from HammerHead, Spradlin said D&D Gas ordered the Mole’s service kit right away, but they have yet to use it. Though D&D has been using the Mole weekly for more than year, it has still not required servicing. 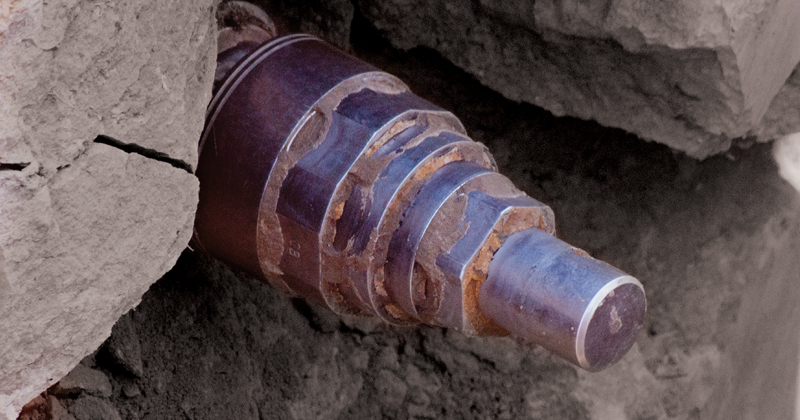 Designed to perform well in the widest range of ground conditions and outperforms others in hard soil.