Replacing potable water mains in congested urban areas using traditional dig-and-replace generally requires extensive excavation and restoration of streets, driveways, sidewalks, landscaping, and other surface structures. These kinds of lengthy construction projects can become very expensive and ultimately impose significant disruption to end-users. The pre-chlorinated pipe bursting method is a proven construction method that often eliminates such concerns and provides additional advantages to both the utility owner and the contractor. 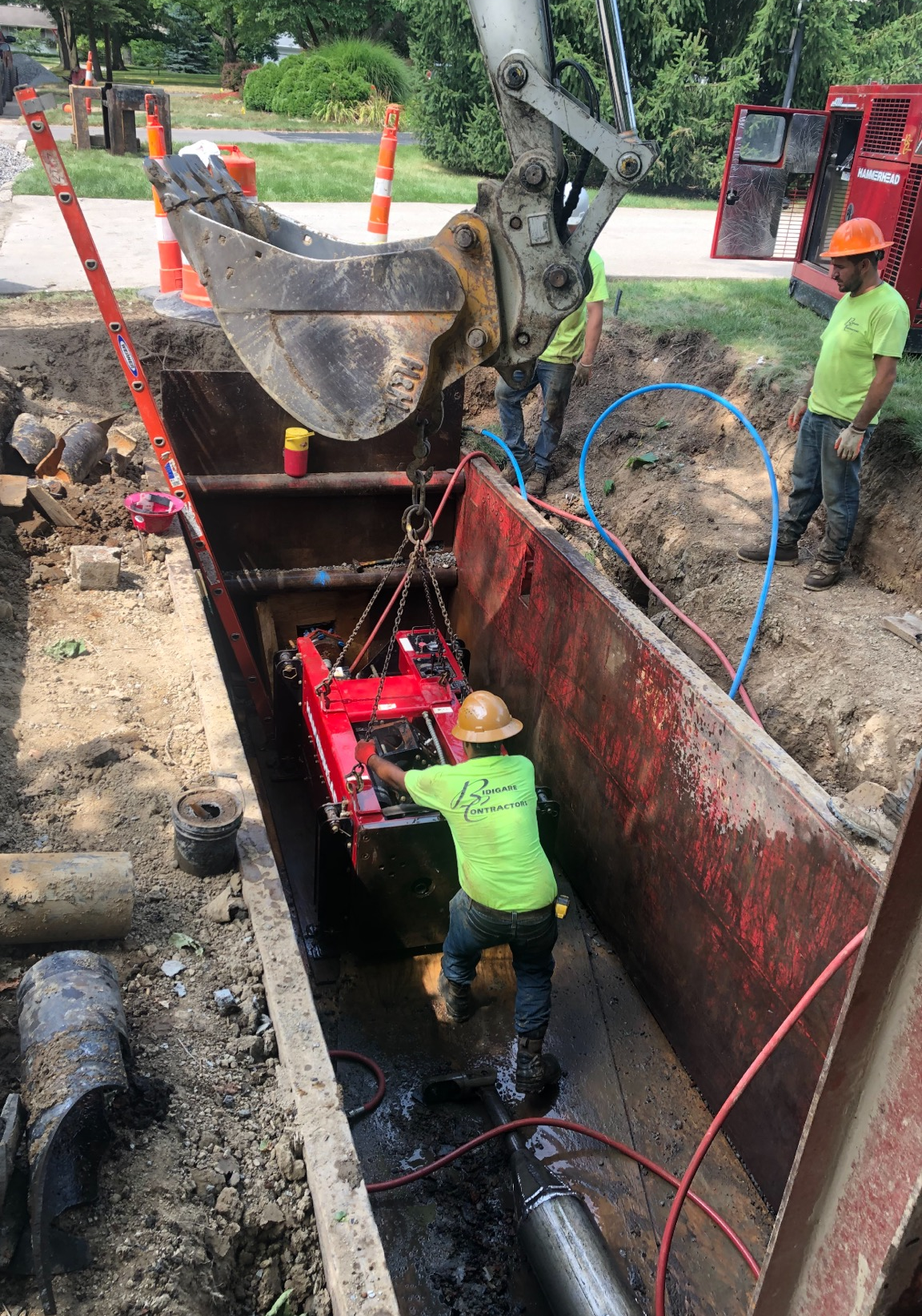 The pre-chlorination technique is a variation of the static pipe bursting method. In a pre-chlorinated replacement application, HDPE potable water pressure pipe is disinfected and tested on the surface prior to installation. Once tested, the pipe remains sealed at each end and can stand by ready for use for up to two weeks allowing it to be staged in advance of a pipe bursting operation. By treating it in advance, the new pipe does not require disinfection once installed in the ground.

After the initial pre-chlorination process, the pipe bursting operation is executed as normal. A static bursting system is set up at an excavated access pit and its pull rods are pushed through the existing pipe to the opposite end where a bursting assembly and the pre-chlorinated replacement pipe are attached. The hydraulic bursting system is engaged to pull the tooling and replacement pipe back through the existing pipe. The tooling bursts the existing pipe and expands the surrounding soil, temporarily creating a space for the new pipe to be pulled into place.

Pipe bursting is a proven construction method that can provide several key benefits of trenchless technologies including cost-savings from the reduced excavation and restoration requirements, and reduced risk to surrounding utilities as the new pipe is installed in the existing location. The pre-chlorinated pipe replacement technique offers the additional benefit of enabling large-scale replacements to be scheduled as a series of smaller, one-day runs which greatly reduces the impact of construction on end-users. Crews and equipment are onsite briefly, and service shut offs can be limited to a regular workday. Because of the pre-chlorination process, the newly replaced pipeline can return to service on the same day it was installed, unlike other methods that often require installation of a temporary bypass. 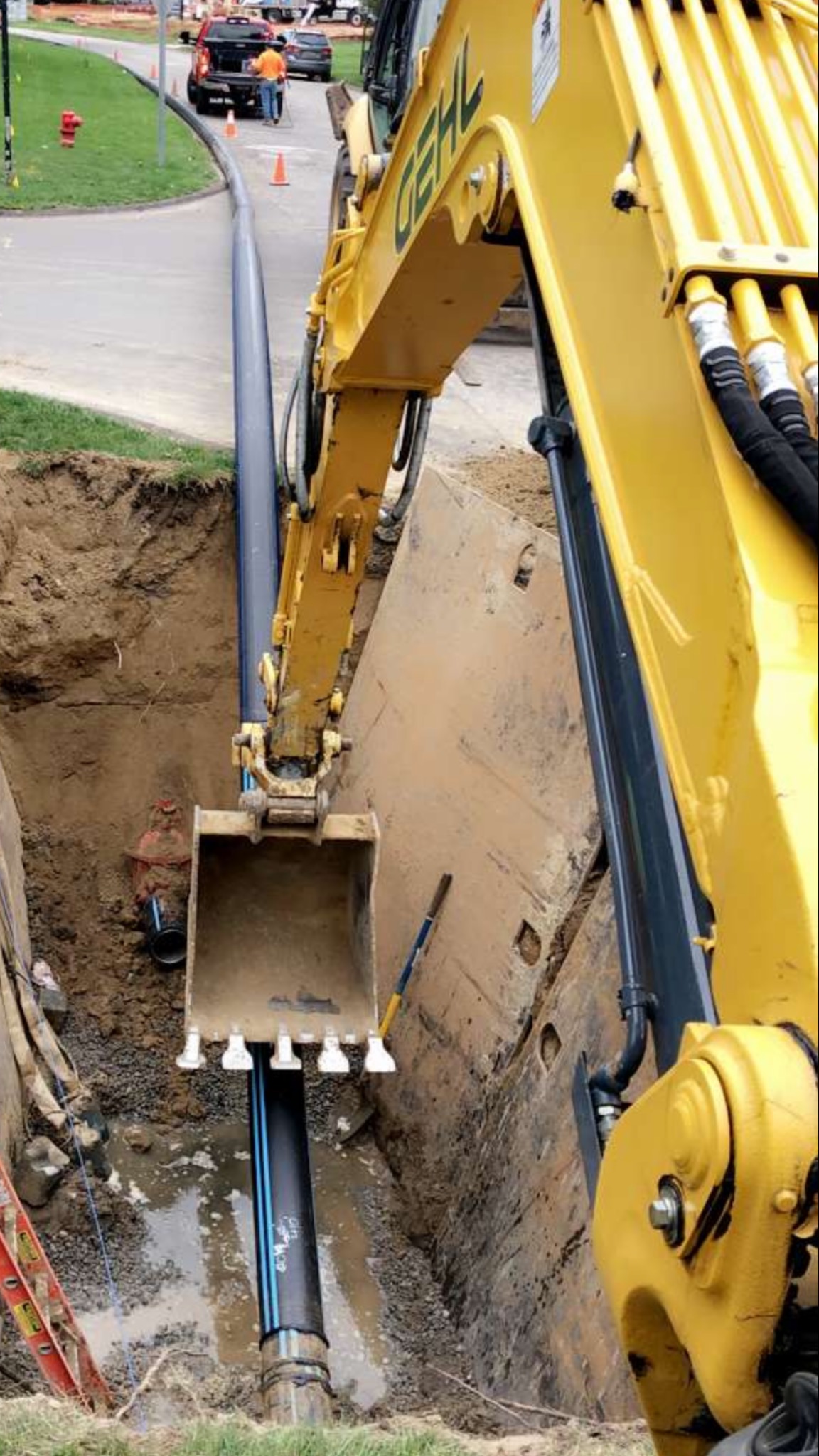 A project in Westland, Michigan required the replacement of 6,000 feet of 8-inch cast iron water main in established residential areas. Ground conditions were sandy clay and residential services along the water main lay on average about 30 feet apart.

Bidigare Contractors, Inc., based in Plymouth, Michigan, specializes in pipe bursting and has been a pioneer in the use of the pre-chlorinated pipe replacement method in its service area, which extends from Detroit to Grand Rapids. Bidigare owns several HammerHead Trenchless static pipe bursting machines, all rod-pulling systems with up to 100 tons of pulling force.

The pre-chlorinated pipe bursting technique lends itself to a streamlined, high-production routine Bidigare Contractors developed on a job replacing 80,000 linear feet of water main 10 years ago. It works like an assembly line, each run requiring one day of prep, one day of pipe bursting and reconnections, followed by a crew who performs backfill and surface restoration. Jordon Bidigare, manager and project estimator, said prepping a site as much as possible the day before ensures smoothest operations the day of the burst: “You just shut the water off, chop the pipe, pull in new pipe, reconnect it, done.”

This routine made the Westland water main replacement project run smoothly and efficiently, keeping on schedule. Bidigare would perform the pre-chlorination process on the new pipe in advance. Then the evening prior to bursting operations, the crew would prepare access pits at each end of the run. One would serve as a machine pit for their HammerHead HB100 pulling unit, and the other as the entry pit for the replacement pipe. Other than the access pits and excavations at fire hydrants, gate valves, and water service shutoff valves, no additional excavation was required. Sidewalks, driveways and streets remained intact and open for use. 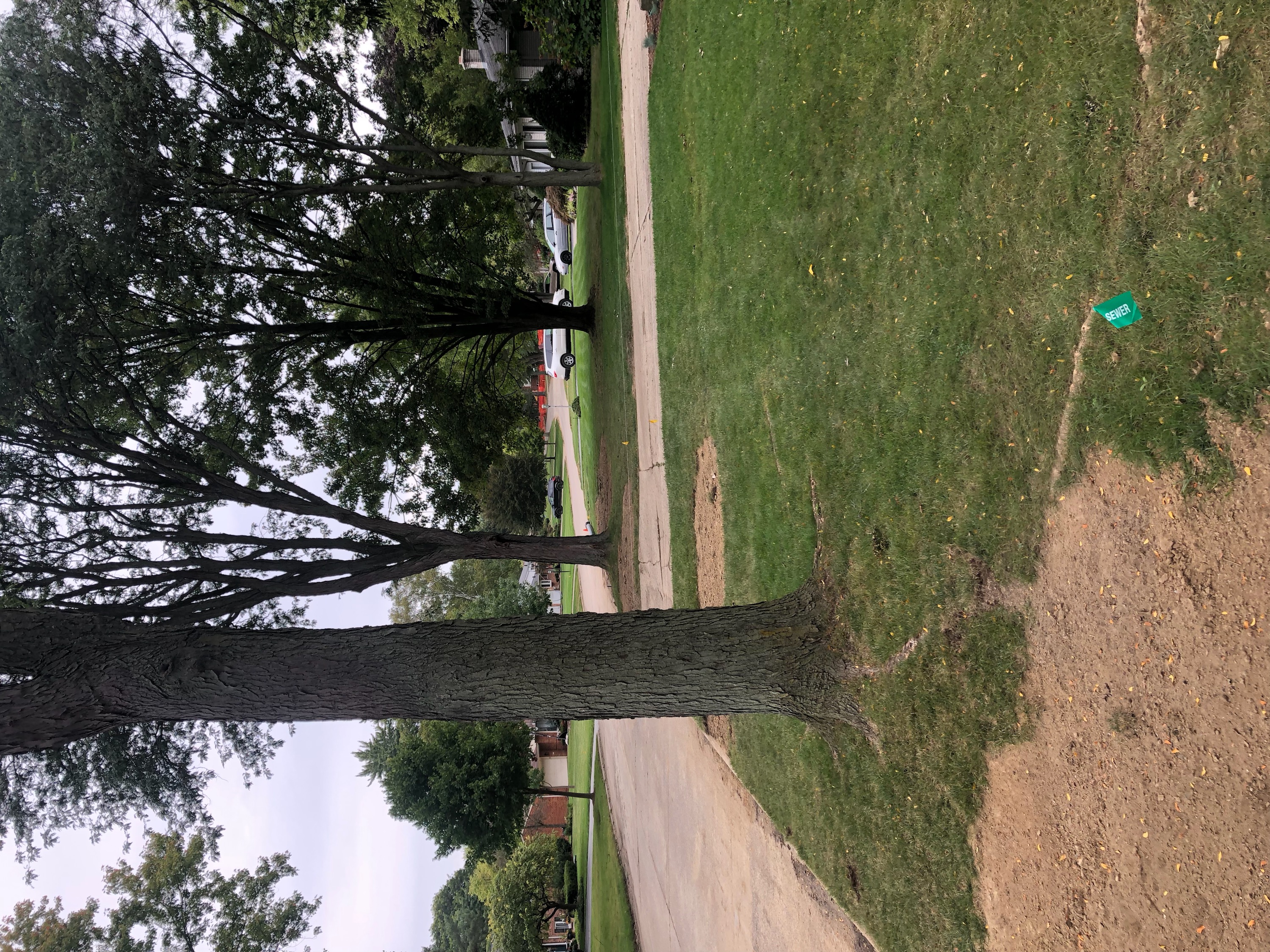 To complete the project, the Bidigare crews repeated this process daily. After completing a run and reconnecting services, the pipe bursting crew would move on to the next run, while the restoration crew followed along behind. With the average length of a run being approximately 400 feet, Bidigare Contractors replaced an average of 1,200 feet of water main a week.

The Westland water main replacement project demonstrates the advantages of the pre-chlorinated pipe bursting technique for both the municipality and for the contractor. For the city, it involves the least disruption to the community. The limited excavation requirements and same-day return to service minimizes inconvenience to the residents’ daily routines caused by construction.

For the contractor, the pre-chlorination method allows for a high level of operational efficiency which has allowed Bidigare Contractors to bid competitively on projects and complete more projects in a given time frame. Commenting on the benefits of the technique, Bidigare said, “Everything behind you is done. You’re not coming back to it again and again. You are always seamlessly moving forward on a project, moving along the street like a production line.”